Using a Raspberry for multimedia application is something quite interesting. Beginning of November 2015 version 6 (as of today version 6.0.3 is current) of OpenELEC has been released bringing a new version of Kodi (formerly known as XBMC) to your Raspi. Unfortunately creating a bootable SD card is not straightforward if you’re Windows-centric. The distributed tar archive contains a script for creating such a SD card under Linux only. But creating the SD card under Windows is not that complicated.

Under Windows the following ingredients are required

A properly formatted SD card for OpenELEC requires to have two partition on it whereas one of them is formated with an ext4 filesystem. This requires a third party tool like the MiniTool® Partition Wizard. It happens that MiniTool is offering a Home Edition which is free for home use only.

After inserting a new SD card and starting the Partition Wizard you’ll get something like this: 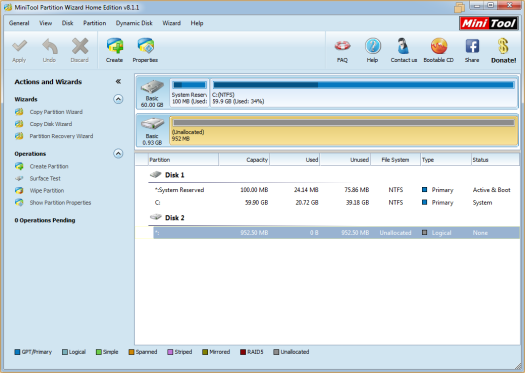 For this tutorial I used a spare 1 GB card with a FAT32 partition. The first step is deleting all partitions and then create the first one afterwards. 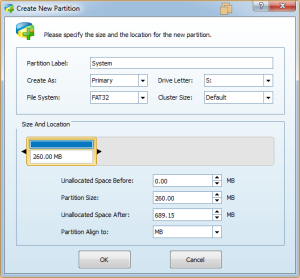 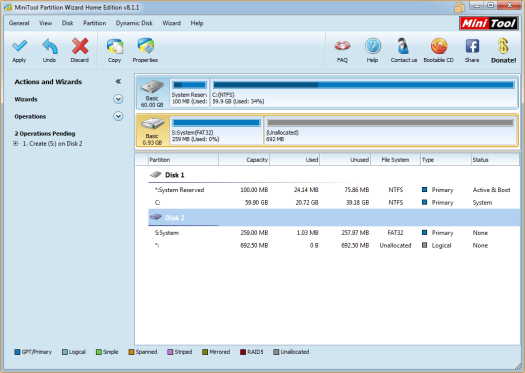 On the left side of the Partition Wizard you can follow the actions that will be performed upon apply. Next the ext4 partition is created and named “Storage” consuming the remaining space on the card. You will receive a warning stating that Windows will only show the very first partition on a removable media. Acceptable in our case. 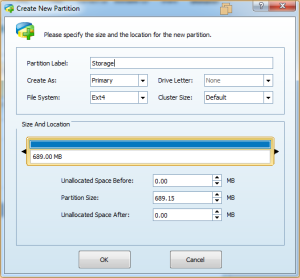 The new partition layout now should look similar to this: 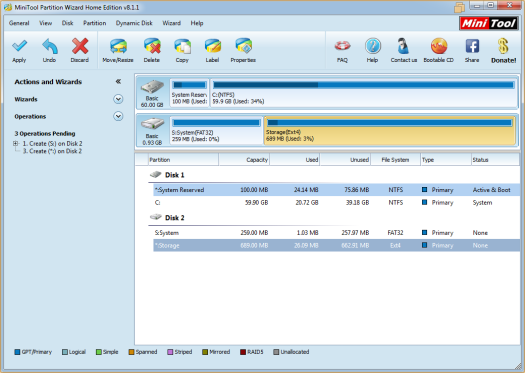 At this point the modifications can be applied (via the button “Apply” in the upper left) and in a last step the first partition will be marked as “Active” (right-click over the partition; Modify → Set Active). 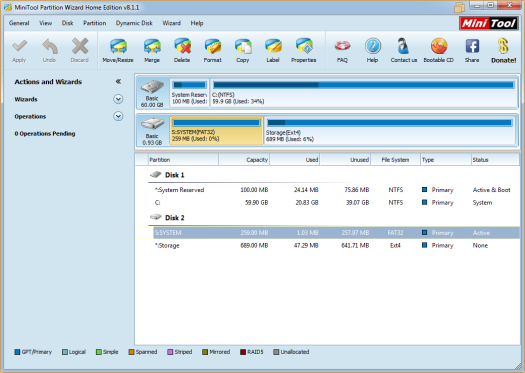 Copying OpenELEC to the SD card

Assuming that you have assigned drive letter S: to the SD card the following sequence will copy the required files to the card:

The command sequence for a Pi2 is similar. Just change the first command to

Last but not least you need to create a file ‘cmdline.txt’ on the SD card with the following content:

That’s it. Insert the SD card into your Raspi and power it on. The Raspberry will boot OpenELEC 6.0.3.